This recipe and photos were provided by Sally Roeckell of Table and Dish and were originally published at 365Barrington.com.

I was completely unaware of the popularity of Cincinnati Chili. Not being from Ohio, I had not heard the tales of this recipe being passed down. I grew up making chili without cheese or pasta, but rather a simple dollop of sour cream on top and maybe a little shredded cheese garnish. I had no idea the decadence that was happening just one state over in Ohio. I have found several recipes for Cincinnati Chili, some call for pre-cooking the pasta, others call for adding the pasta dry at the same time that you add the beef stock that’s cooking the pasta. I did it the latter way to try something new and I’m so glad that I did. The pasta cooked and the beef stock is so much more rich and flavorful. Sadly, the visual aspect of the chili isn’t quite as pretty with dark brown pasta, but the taste made up for it. 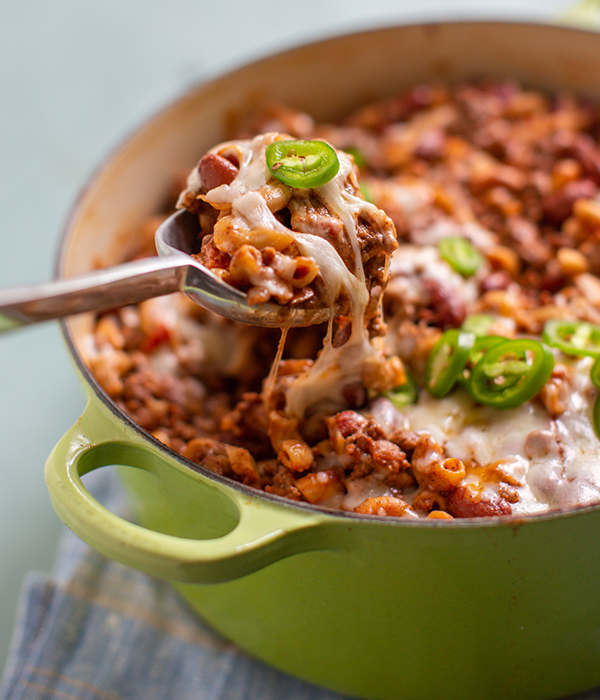 The people of Cincinnati enjoy their chili spooned over freshly-made pasta and topped with a combination of onions, shredded cheddar cheese, refried beans or kidney beans and crushed oyster crackers. If you choose ” The Works,” you are eating what they call Five-Way Chili. Make sure to pile on the toppings – that’s what sets it apart from any other chili dish.

From what I have read, Macedonian immigrant, Tom Kiradjieff created Cincinnati Chili in 1922. With his brother, John, Kiradjieff opened a small Green restaurant called The Empress. The restaurant did poorly, however, until Kiradjieff started offering a chili made with Middle Eastern spices which could be served in a variety of ways. He called it “spaghetti Chili.” Kiradjieff’s “five-way” was a concoction of a mound of spaghetti topped with chili, chopped onion, kidney beans and shredded yellow cheese, served with oyster crackers and a side order of hot dogs topped with more shredded cheese. 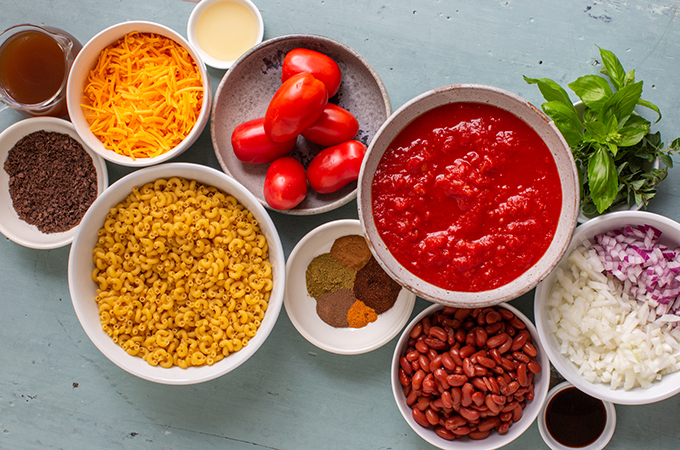 Wow, that is a plateful. I have combined recipes to create my own twist on Cincinnati Chili. I’m using elbow pasta instead of spaghetti and cooking it in the chili pot. I have stayed true to the original recipe’s spices, especially the cocoa/ chocolate. This blend of seasonings made this chili outstanding. 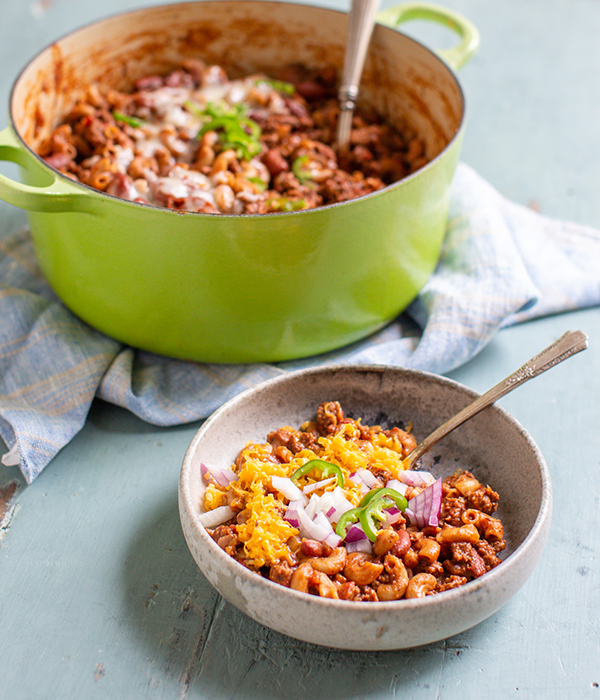 Click Here to Print the Recipe for Cincinnati Chili.