The following post, recipe and photography were provided by Barrington Illinois resident John Kelley and were originally published at 365Barrington.com.

Homemade steel-cut oats topped a million different ways are a morning staple for foodie and father John Kelly, which makes them the star of this special Homemade with Heinen’s feature.

John is a Chicago area writer and photographer in the business of telling stories. Today he’s telling us how he loves to start his family’s day in a healthy way. “I’ve been eating steel-cut oats almost daily for at least a decade, and I’ve got quite an arsenal of ways to keep it interesting. I also make a homemade cold cereal from rolled oats and my kids love it.” They’re so delicious, John says his daughter goes to sleep dreaming about breakfast, but don’t let us tell you. Hear it from John himself! 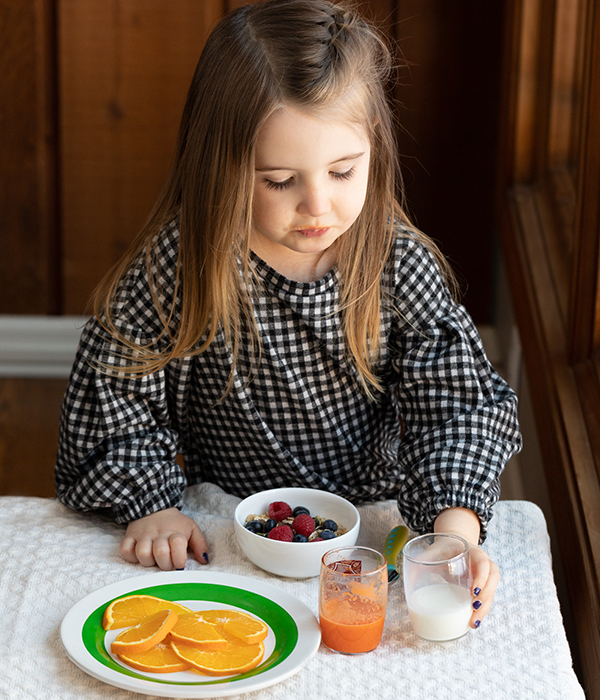 “See You at Oatmeal”

When it comes to the American breakfast—cheesy omelets, syrup-soaked pancakes, sausage with biscuits and gravy—there may be no dish that fails to inspire the tastebuds more universally than oatmeal. Boredom in a bowl, usually banished to the back of the menu, along with the muesli and egg white scramble. 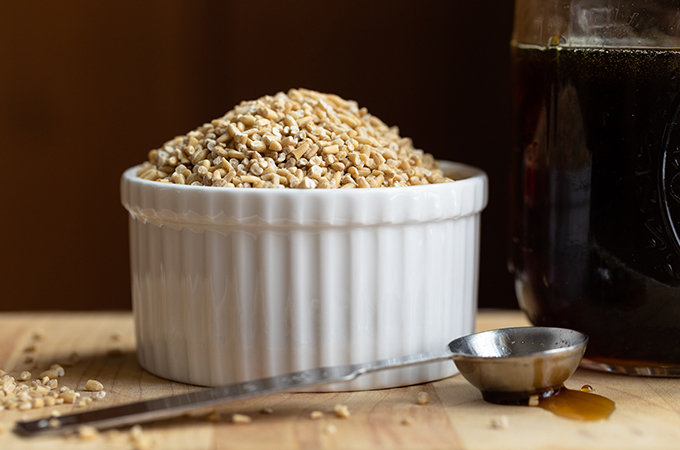 And yet, for the past decade, my wife and I have started most mornings with steel-cut oats, enthusiastically. It started as a health kick but quickly became a ritual. I fell in love with their chewy texture and versatility. Fresh strawberries and a splash of cream in the summer and maple syrup and butter when the mornings turn chilly. A tablespoon of nut butter and some toasted coconut could transform yesterday’s breakfast into something entirely new.

Three thousand or so bowls later, we’re far from fed up. In fact, now we’re passing on our enthusiasm for oats to the next generation. 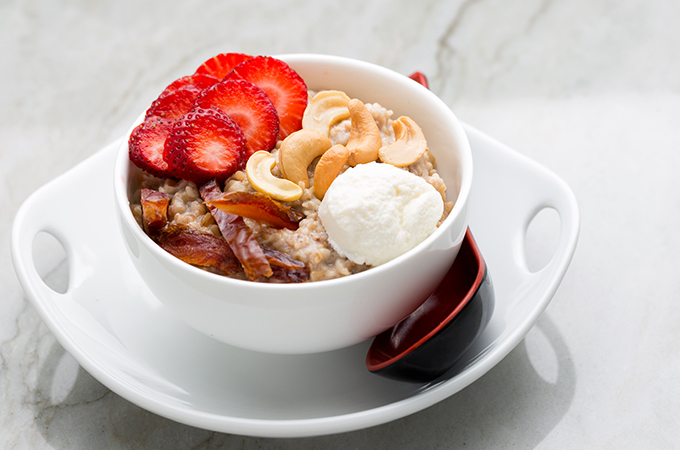 Our daughter, never shy to share her verdict about a meal, has complained not once about her daily porridge, which is usually topped with a mélange of berries and chopped nuts and a ladleful of warm milk and cinnamon. From her crib at age two, as we’d turn off her light and say goodnight, she’d often reply, “See you at oatmeal!”

As a dad, that gave me such satisfaction. I want my children to crave nutritious food, and oatmeal certainly fits the bill. Low in calories and high in fiber, oatmeal is reputed to offer a number of health benefits from improving digestion and stabilizing blood sugar, to lowering cholesterol and reducing the risk of heart disease. 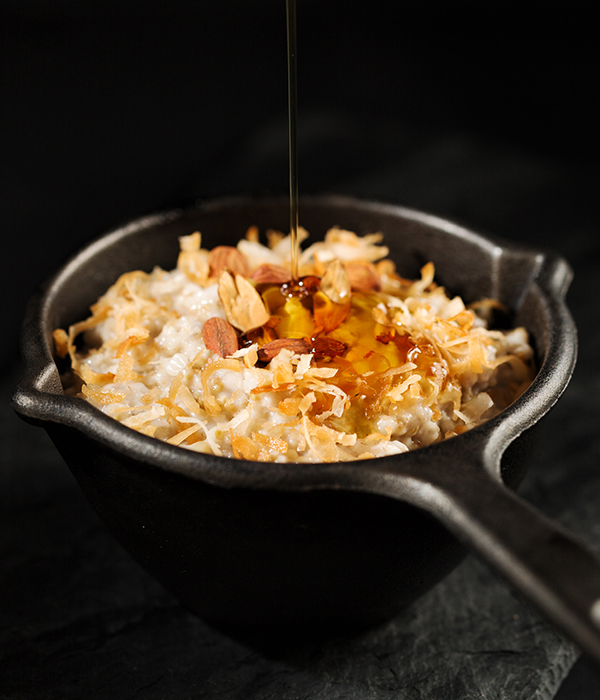 Heinen’s carries my favorite brand: Bob’s Red Mill. I prefer steel cut to rolled oats, and I recommend against instant oats, which are pre-steamed to speed cooking and have a higher glycemic index. Besides, they get mushy.

Steel-cut oatmeal does take time. Measuring, boiling, simmering, stirring—twenty minutes or more. For me, it’s a chance to contemplate the day ahead while the house is quiet. An overnight soak in water with a tablespoon of apple cider vinegar will reduce the cooking time and also make the oats easier to digest, and so more nutritious.

Creativity is the key to avoiding oatmeal burnout. Luckily there are plenty of oatmeal evangelists like me, so an Internet search will quickly generate a month’s worth of recipes. By now I have developed a sixth sense for choosing ingredients, so I rely less on recipes and more on intuition and what’s available in my kitchen. 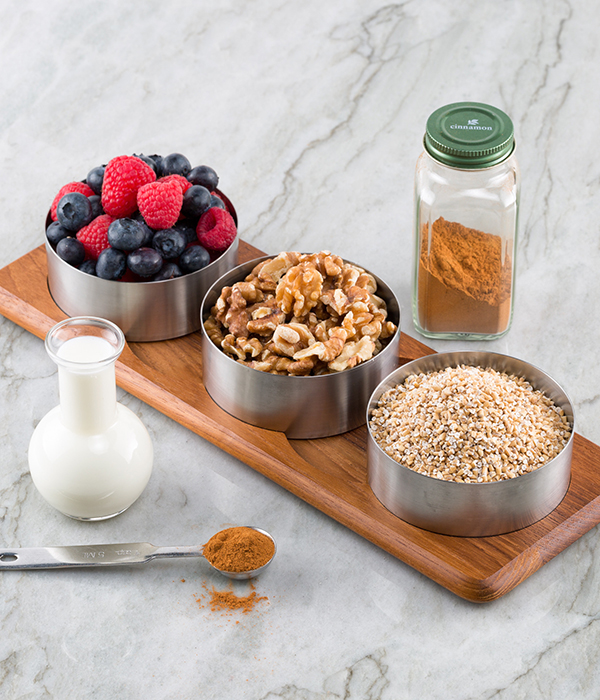 While we enjoy starting the day on a healthy note, we also eat our share of those syrup-soaked pancakes, cheesy omelets, and sausage. Welcome indulgences, but we rarely go more than a day without returning to our bowl of whole grains.

My daughter, now three, has recently gone on a cold cereal kick. We make it from scratch with rolled oats—just as we do, occasionally, with granola. My son, who just turned one, seems to like his steel-cut oats and smashed fruit well enough, though admittedly he’s partial to scrambled eggs. 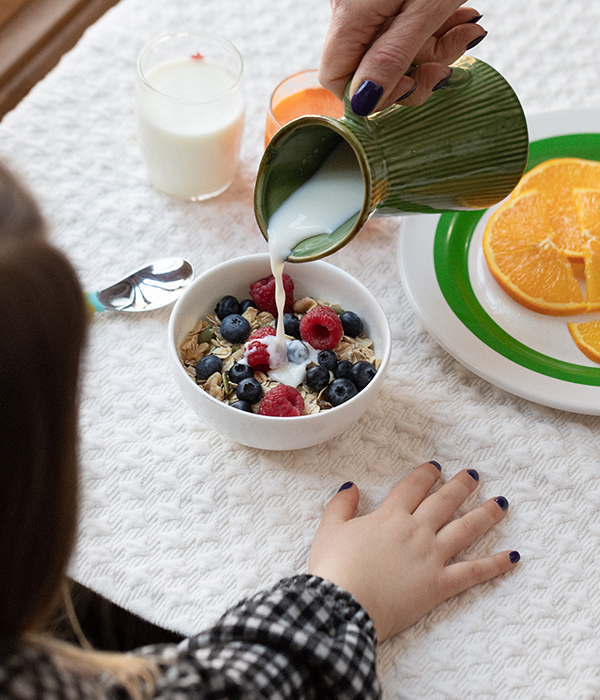 Here are a handful of preparations for morning oats that I find myself returning to again and again.

How to Prepare Steel-Cut Oats

How to Serve Your Steel-Cut Oats

How to Make Homemade Cereal 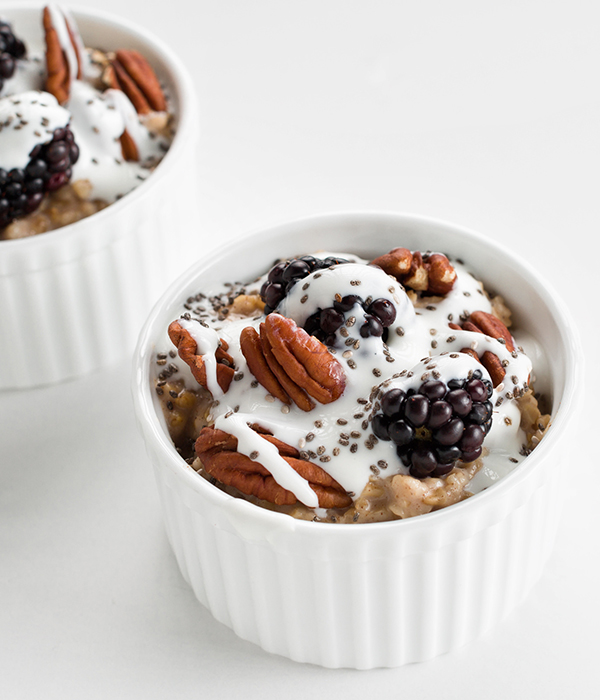