The following photograph is courtesy of Mackenzie Creamery. For information on their business and cheeses, visit them here.

Mackenzie Creamery has modern roots in Ohio. The dream for this cheese-loving company started back in 2007 when Jean Mackenzie spontaneously decided to take a two-day cheesemaking course while on vacation. This random foray into the world of cheese sparked something within her. She immediately signed up for an advanced class offered by Neville McNaughton, an award-winning cheesemaker.

After taking these two transformative classes, Jean and her partner Jim Zella converted part of their barn into a licensed creamery–and the rest is history! Twelve years later, the company now has seven employees, one of whom is Rob DeMuch, Jean’s son. His introduction into the world of cheese is as endearing as his mother’s, and all started when Jean sent him samples of the cheese she had been pouring her heart into. He noted that it was like “Christmas morning every time a box would arrive.” This prompted Rob to move back to Ohio with his wife and begin working to help make the company as successful and sustainable as possible. Since then, Mackenzie has become increasingly streamlined and focused on one thing: making one hell of a good Chèvre.

The Chèvre variety of cheese was chosen by the Mackenzie family because of its “simplicity, popularity, and now, its demand.” The cheese is not only easier to make than many other kinds, but it has a velvetiness that is highly coveted and beloved by cheese aficionados everywhere. Mackenzie Creamery is so crazy for Chèvre that during peak season, their goats produce enough milk to make about 2,000 pounds of it a week! 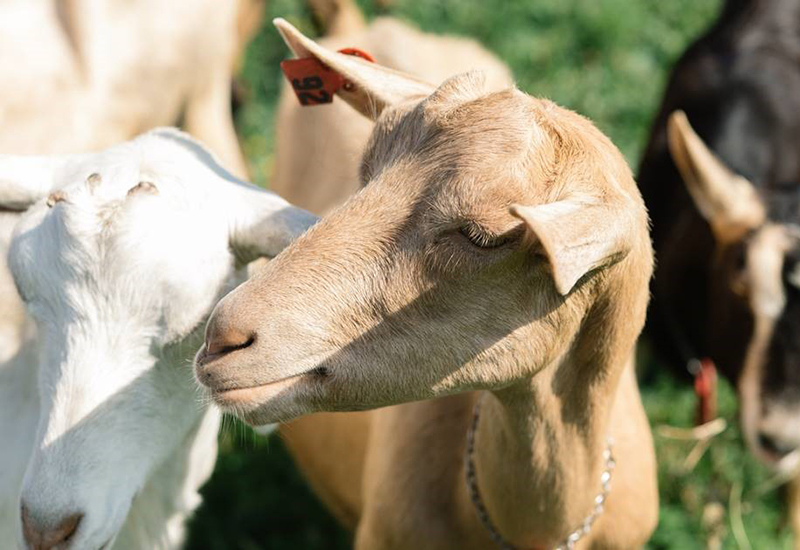 After being in business for only 12 years, it is impressive that Mackenzie Creamery is still able to compete with deeply-rooted American cheese companies. Mackenzie has won 26 awards in this short time span, and the company is proud of them all, but notably of the Portage County Environmental Award, which honored them for making efforts to run a sustainable business that never takes advantage of the environment it utilizes so much. The company has also been recognized with many awards from the American Cheese Society, the US Cheese Championship, and the World Championship Cheese Contest (both put on by the Wisconsin Cheesemaker’s Assocation). These achievements prove that even when Mackenzie is competing against the big players from Wisconsin, they still win!

After nine decades, Heinen’s still seeks to partner with local vendors, and there is a reason we chose to work with Mackenzie Creamery just six weeks after they were established. Mackenzie’s commitment to creating exciting flavors and high-quality cheese is everything we could want in a business we partner with.